On Monday, February 22, 2021, the Biden administration announced several reforms with a focus on equity to the popular Paycheck Protection Program (PPP) to bring greater relief to the smallest and most vulnerable businesses. Among other things, the administration is imposing a two-week moratorium on loans to companies with 20 or more employees and focusing on smaller businesses. It’s also changing several program rules to expand eligibility for the 100% forgivable PPP loans. 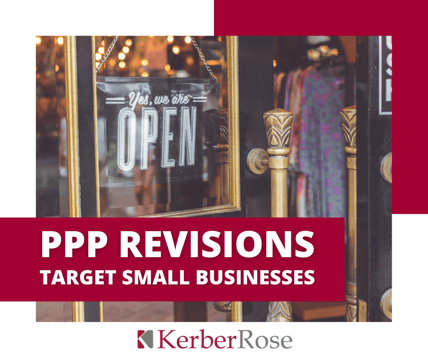 The PPP in a nutshell
The CARES Act, passed in the early days of the COVID-19 pandemic, established the PPP to help employers cover their payrolls during the resulting economic downturn. The program is open to almost every U.S. business with fewer than 500 employees — including sole proprietors, self-employed individuals, independent contractors and nonprofits — affected by the pandemic.

Generally, the loans are 100% forgivable if the proceeds are allocated on a 60/40 basis between payroll and eligible nonpayroll costs. While the latter initially were limited to mortgage interest, rent, utilities and interest on any other existing debt, the Consolidated Appropriations Act (CAA), enacted in late December 2020, expanded the qualifying nonpayroll costs. They now include, for example, certain operating expenses and worker COVID-19 protection expenses.

The CAA also provided another $284 billion in funding for forgivable loans for both first-time and “second-draw” borrowers. The second-draw loans are restricted to smaller and harder hit businesses.

In addition, the CAA established a simplified, one-page forgiveness application for loans up to $150,000. It clarified PPP borrowers aren’t required to include any forgiven amounts in their gross income for tax purposes and borrowers can deduct otherwise deductible expenses paid with forgiven PPP proceeds.

View our helpful guide to first- and second-draw PPP loans to see how the two programs compare and whether your business is eligible.

The impetus for the new changes
According to the Small Business Administration (SBA), the new reforms are intended to ensure equity in the program. The SBA says a “critical goal” of the latest round of PPP funding in the CAA was to reach small and low- and moderate-income (LMI) businesses which hadn’t yet received needed relief.

Under current policies, the second round has distributed only $2.4 billion of a $15 billion set-aside for small and LMI “first-draw” borrowers. The SBA says this is, in part, because a disproportionate amount of funding in both wealthy and LMI areas is going to businesses with more than 20 employees. The Biden administration hopes to remedy this disparity with the announced revisions.

Stay tuned
On February 27, the House passed the Biden administration’s proposed $1.9 trillion COVID-19 relief package, known as the American Rescue Plan, and is now awaiting a vote in the Senate. The bill briefly addresses the PPP by adding only an additional $7.25 in additional funding and does not extend the application period. The bill also includes $15 billion in Economic Disaster Injury Loans (EIDL) to help small businesses, $35 billion in small business financing programs, and aid to restaurants, bars and other businesses which have suffered disproportionately due to the COVID-19 pandemic.

Our Trusted Advisors will keep you updated on any additional relevant changes to the PPP, as well as developments regarding the next pandemic relief package. You can check out our COVID-19 Resources page here for the latest news on legislation and support for small businesses.

Should you have any questions on the PPP, forgiveness applications, or other COVID-19 related items, please reach out to a KerberRose advisor for solutions. 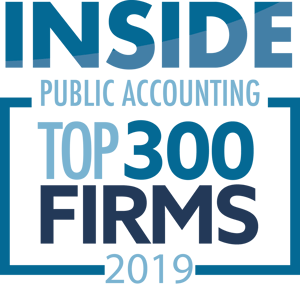